I've recently had a new Fujifilm X-T4 camera, acquired as the silver body-only option. Having previously had the X-T1 this post is to evaluate what I liked about the original X-T1, the reasons for buying again with the newer X-T4 and to outline some of the steps involved in making the transition.

The X-T1 design is about 6 years old, I've had mine for about 5 years, quite a long time in the life of a digital camera. In this time it has been fault free, had several firmware updates and continues to deliver good photographs. The retro styling may not be to everyone's taste but I like it and more importantly it gives simple quick access to the main controls (ISO/shutter/aperture/exp comp) without resort to menus. The camera is relatively small and light, ideal when I don't want the size and weight of a full frame DSLR, for example when out walking. At 16mp the resolution has been enough to produce a large print if the image is not cropped too much. Jpegs are usually very good SOOC and raws, my usual option, process nicely through a number of options. I have in the past used Lightroom but I've been happily using Capture One Pro for the last few years.

Having resisted the X-T2 and X-T3 as not different enough, there were a number of aspects where it looked like the X-T4 would be sufficiently better. Obviously jumping up to a 26mp sensor means catching more detail and giving more scope for cropping. I don't shoot a lot of video and HD is normally enough for me but also having the option of 4k is nice. However much of the benefit is in what I might broadly categorise as handling, the joystick control for focus point selection, improved clarity of the viewfinder, improved articulation of the rear screen and the addition of an in-body stabilisation system (IBIS). Individually I don't think any single one of these features would make me switch but together it translates to a worthwhile set of benefits.

My starting point for the new camera was to update my version of Capture One Pro, I had been on the old v12 which was fine for the X-T1 files but I needed v20 onwards for the X-T4 raws, I upgraded to v21 (build 14). One of the nice features in COP is the option to apply any of the film simulations as a colour curve, this was introduced for the X-T2 onwards so I'm only just getting this now with the X-T4.

I ordered a spare battery, opting for a Hahnel HL-W235 (replacement for the NP-W235), I was pleased to see this came in recyclable biodegradable packaging. I liked the idea of my two batteries being different brands so I can tell them apart at a glance without having to label them. It is too early for me to say if two batteries will be enough, they certainly drain quite quickly when you are used to a DSLR.

The X-T4 has two memory cards slots and supports UHS-II. With the possibility of 4k video in mind I opted for a pair of 1667X SDXC UHS-II cards from Lexar (I've been a Sandisk Extreme fan for many years but the prices were too high this time), these are rated V60 (which Fuji say is needed to record video at the higher bit rates) with write speeds up to 120MBs and read speeds up to 250 MBs. At 64Gb each they can hold just over a thousand raw (RAF) files. So far these cards have worked well but I've not yet pushed them to the max with highest quality video or high burst rate stills (CH can go up to 30fps with electronic shutter).

The camera came with firmware version 1.22, I was pleased not to need to update it as it was the latest but then after just a few days 1.23 was released (improvement to the horizon tool and unspecified bug fixes). With Fujifilm you can get lots of practice with firmware updates, I've done it many times so it was simple enough and quick to apply this little update. Sure enough the horizon tool works at more extreme angles afterwards.

I had opted for the X-T4 as body only because I have the original kit lens that came with the X-T1, the Fujinon XF18-55mm F2.8-4 R LM OIS which is small, light weight and versatile. I also have the Fujinon XF27mm F2.8, the original version without the aperture ring. The only little update I made with this pancake lens was to get the LH-XF27 lens hood, the 39mm thread fits perfectly on my old version of the lens. Finally I added one lens to my line up to give me some longer focal lengths, this was the new Fujinon XF70-300mm F4-5.6 R LM OIS WR.

I registered all my kit on Fujifilm Connect. This was tricky with some of the older kit as it prompts for an invoice or receipt to be uploaded, not always easy to find but I managed eventually. The Connect web site seems to have a lot of usability issues, for example it hides everything in your inbox so it's almost impossible to read. When choosing a country on the profile there is an oddly limited list (e.g. ok for UK but no United States). The messages about firmware seem almost random, it doesn't prompt for the versions you have so informing you there is a newer version makes no sense.
https://fujifilm-connect.com/en/

There is an official quick start guide which has some useful tips:
https://fujifilm-x.com/en-gb/learning-centre/quick-start-guide-fujifilm-x-t4/

Overall I'm finding the X-T4 to be a worthwhile improvement on the X-T1. I won't be bothered if/when there's an X-T5, I expect it'll be several years before I'll think again about new models. 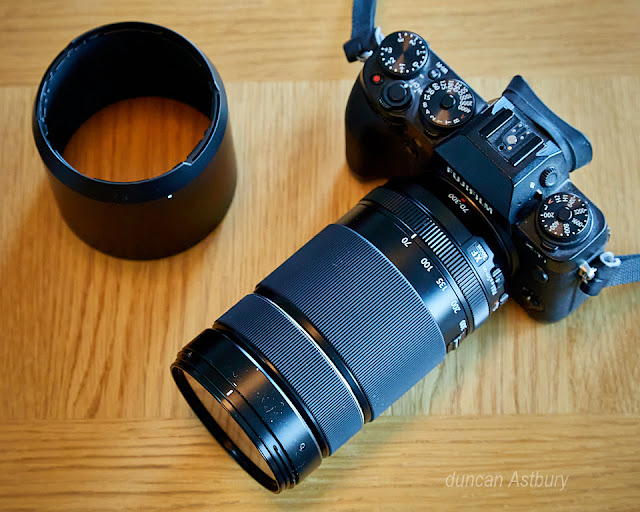 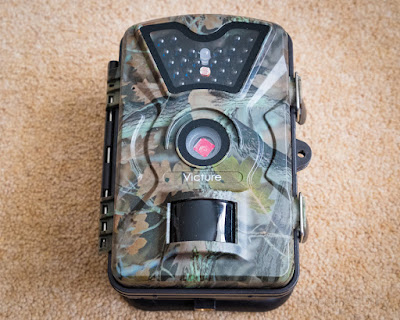